How To Play Android Games On PC In Your Computer

Gudangcara.com - Many game players love games that are easy to play. Maybe it’s just for entertainment and as their hobby. Most of the games are played from mobile phones that are now mostly android phone. Maybe for you mobile phone is a very useful thing and that is where the game play is fun.

But most people still do not know if playing android games can be played on a PC or computer. Then are you still curious and want to try it?

How to play android games on PC?

On the computer you can play like in smart android phone. To run this android game on the computer must use additional software. Software called the android emulator is an application or program that makes it easy to run android applications in your computer.

This android emulator should be used to improve the performance of android smart phones in applications and games android. But you can also apply to the computer to make it easier for you to play android games on your laptop or PC. You can easily use this application by installing it on PC. 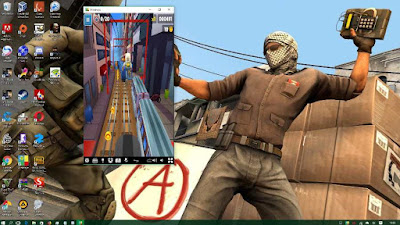 Do you want an easier android app?
For those of you who want to run the app and play with the latest and greatest game games use emulator. The emulator is an android emulator named bluestrack which is very well known and built for the game players.

Bluestrack will answer How to play android games on PC. Everything will be very easy and automatic with bluestrack. This Bluestrack will adjust the resolution and size of the game you have and give a good look at the computer. Therefore you can focus on playing games and can play with enjoy.

This emulator is complete with android playstore and some manual settings like smart phone android. This makes users feel comfortable android, but it will also feel the same as playing on smart phones android. So it is very impossible that this emulator is very good for PC.

How can you install the bluestack android emulator on a PC computer?
How to install this emulator is very easy. First you must open the web bluestack.com. then download the bluestack software, usually the file size is small enough so it does not take long. When finished downloading, then install the software and follow the command.

Once everything is installed and installed, then run bluestack you need to sign in on your gmail account. Then your computer is ready to run and install the android app.

Have you answered the question how to play android games on PC? You need to know that this bluestack is available for free or prepaid. Which one do you choose?